From Philly With Love 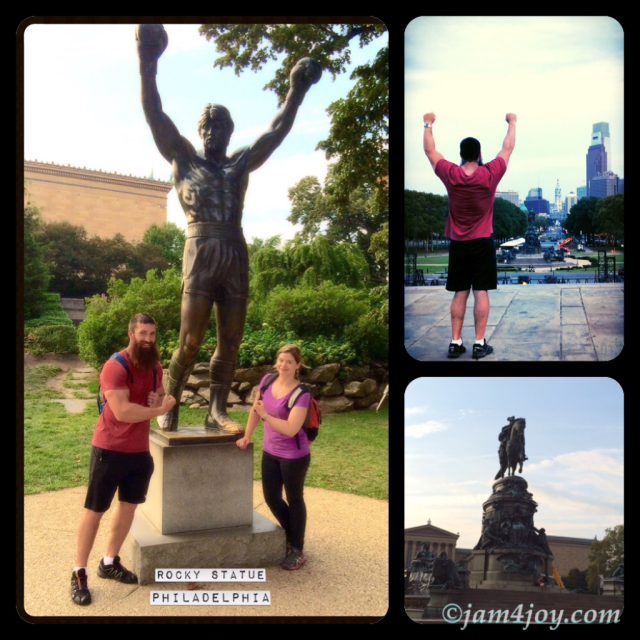 Don’t worry, South Africa, America also gets power cuts! (Or maybe Eskom followed us to the USA!?) The train we are on now to New York City is stuck at a random station somewhere in Long Island due to a power outage…Apparently something like this never happens. (That’s why I’m blaming Eskom.) We’ve been stuck on this train for an hour already. So, while the electricity problem is being sorted out let me tell you about our time in Philadelphia, or “Philly” as the locals call it…

Philly is a historically and culturally-rich city which was founded in 1682 by William Penn. The name of the city means “brotherly love” (from phileo, “to love,” and adelphos, “brother”). The city was very accepting of different kinds of people and different religions from early on and still has a nice “love your neighbour” atmosphere to it.

We climbed up the “Rocky” stairs which Sylvester Stallone made famous in his movie. There’s a nice view of Philadelphia from the top. On the way back to our motel from Rocky we walked in a long street which had the flag of every country in the world in it. We found the South African one! (It was all twisted and tangled onto itself…hopefully no hidden meaning behind that!)
The Liberty Bell is a famous attraction in Philly. Nelson Mandela thought it was a significant symbol, so it’s important to us too. There are also so many old, tall and beautiful buildings in Philly!
We found the local market and ate a really tasty Philly-steak sandwich and the best doughnuts ever. There was a very lively and happy elderly lady playing piano at one of the eating areas which gave the place a good atmosphere.
Ooh, this was one of my favourite things in Philly: in their Macy’s (which is a clothing store, like Edgars or Woolworths), there was a 100 year old working organ! And every day at 12pm and 5:30 pm someone plays live organ music… In Macy’s! I thought it was so cool!
Philly also has some pretty parks to relax in and we went to a factory where they make coins. Mahboobe had told us about an asian dish called Pho which is becoming very popular in the States, so we found a restaurant in Philly which makes it and ate there for supper one night. We ordered a lot of food and ate it all. (Babak would have been proud of us.)
We walked quite far around the city, tried some beers at a few places and checked out local shops. Marc obviously directed us to the closest Walmart… a store you don’t want to miss in any city in America! 😜

“Do I not destroy my enemies when I make them my friends?” – Abraham Lincoln 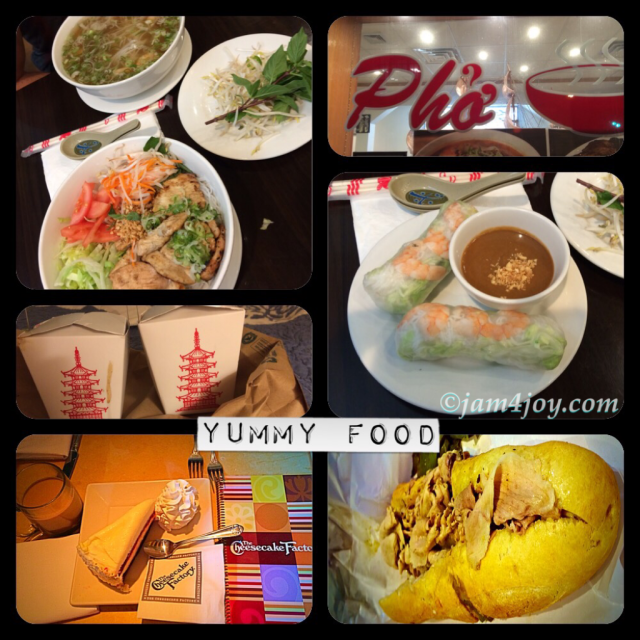 This entry was posted in USA and tagged philadelphia, philly. Bookmark the permalink.