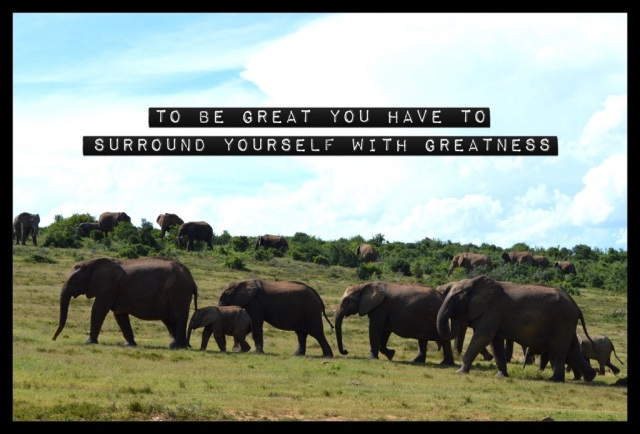 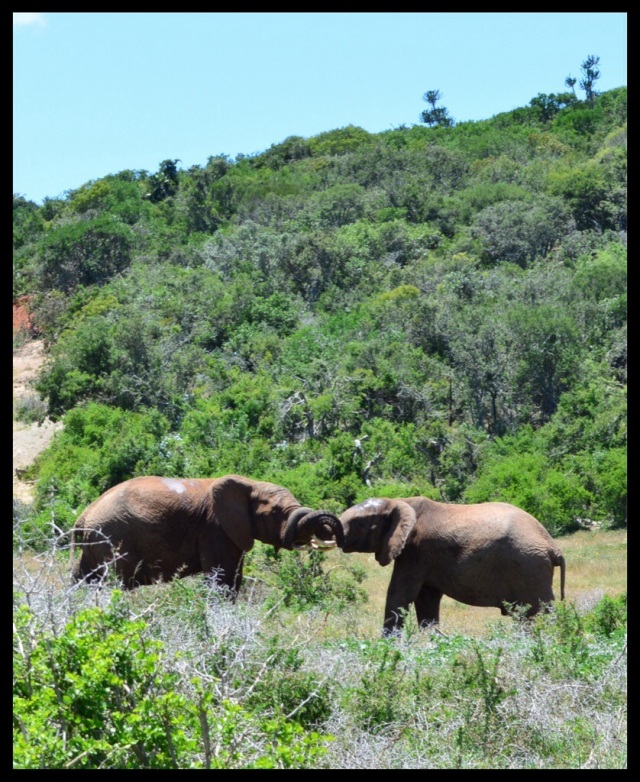 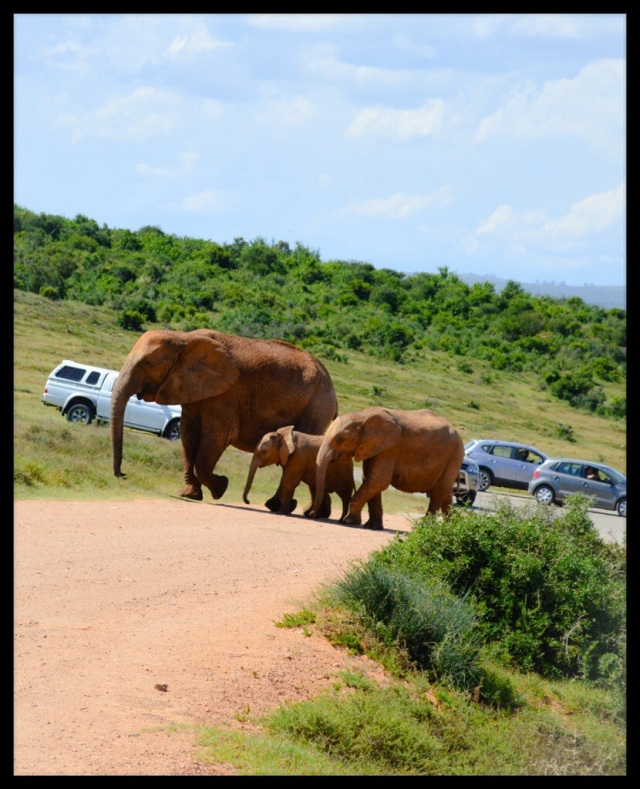 If you want to see elephants, Addo Elephant Park in the Eastern Cape is the place to go! When we went to the park over Christmas we saw about four hundred elephants in one day! Really! And on our previous visit we also saw hundreds! 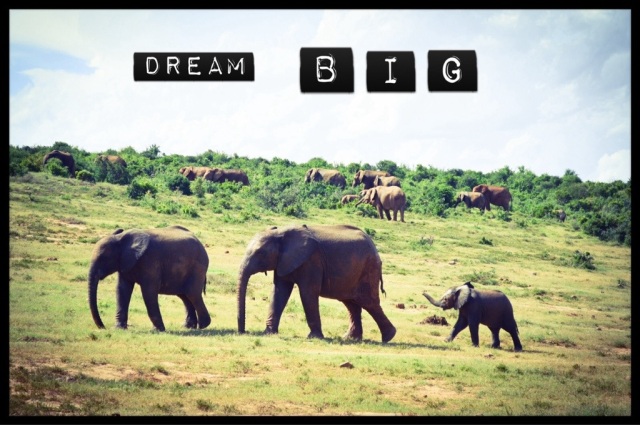 Elephants intrigue me! Besides their gigantic size, they also have a very interesting social structure and system. While some elephants were drinking and bathing you could clearly see that about four of them were on guard with their backs towards the water protecting the rest of the heard. There is something in an elephant’s eyes which make me feel they know more than what we think they know.

The thermometer on our car measured the outside temperature as 46 degrees Celsius! Addo was boiling hot that day which made it good to see elephants because they were all at different waterholes. It was the first time I saw elephants swim! I’ve seen them splashing themselves before but these elephants were fully submerged in the water, some on their sides and some just wallowing. It looked like they were having a good time. 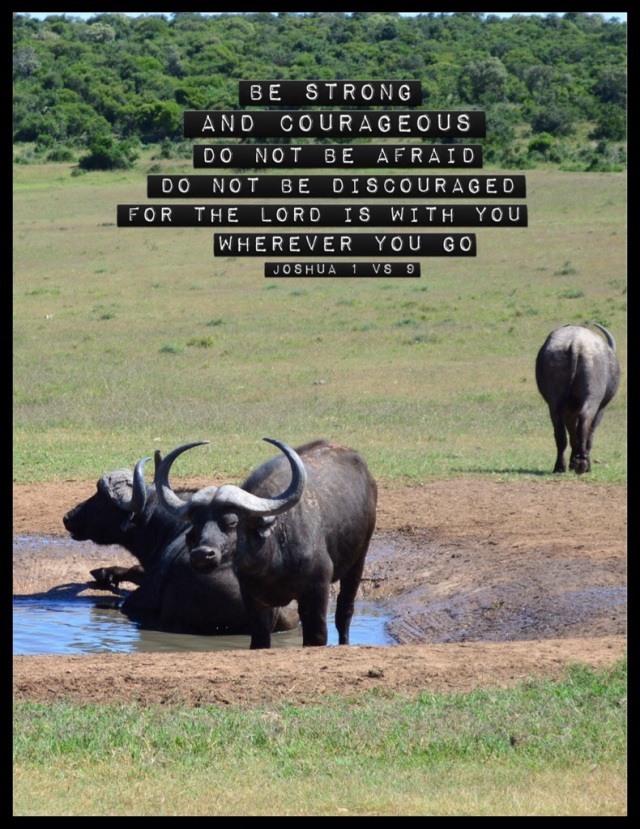 We also saw many baby elephants. They are so cute! They look exactly like the big elephants, just small. One baby was struggling to get out of the waterhole. His mother also tried to pull him out with no success. Then we saw about 5 other adult elephants all working together to push and pull the young one out. Great teamwork!

It was very entertaining watching this one huge, loner elephant show off his dominance to the buffalos and warthogs at Carol’s Rest waterhole. He claimed the whole pool to himself while he showered himself with the water. At another waterhole we saw two elephants intertwine their trunks together which looked like an affectionate, yet aggressive greeting.

Have you ever seen an elephant urinate? It’s quite a sight! They don’t have a urine stream but a urine waterfall! If you happen to somehow be standing under an elephant when that happens, you will not only be soaking wet but you would probably tumble over from the pressure!

The elephants were definitely the highlight of the day but we also encountered a sick lioness, many zebras, bucks and a few other animals. Oh, and Marc spotted a dung-beetle for us! We ate Christmas left-overs at a picnic spot in the park. Addo Elephant Park gets 5 out of 5 stars from me. 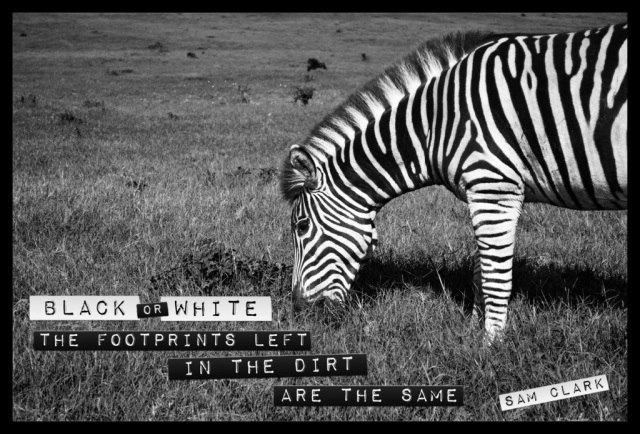 This entry was posted in Africa and tagged addo elephant park, elephant photos, Elephants, what to do in the Eastern Cape. Bookmark the permalink.