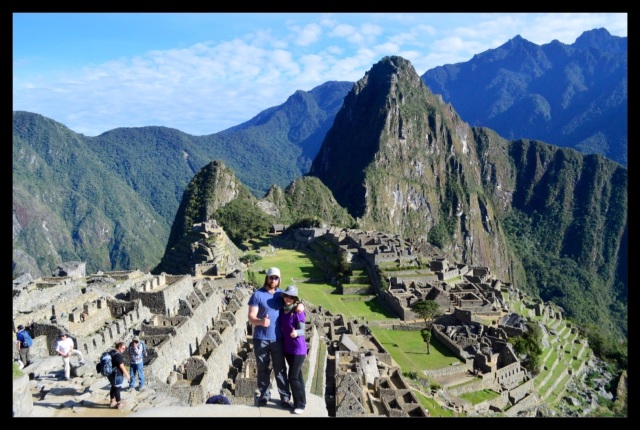 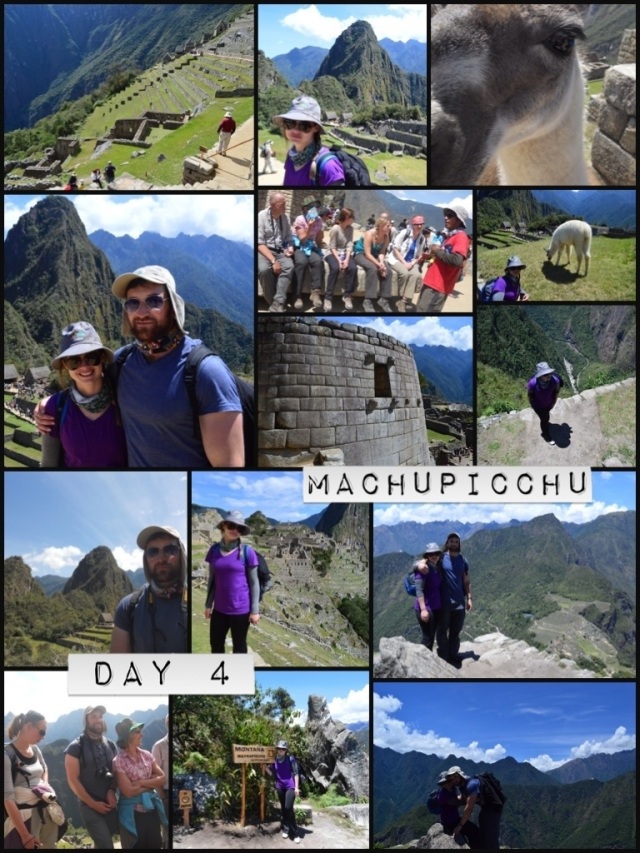 Watching the sun rise over the lost city of the Inkas was amazing. We had such a feeling of accomplishment. We did it! We followed the Inka path across mountains and rivers. We have found the treasure!

Machupicchu is fascinating! But the build-up of excitement of walking the trail, learning about their history, following the Inkas’ footsteps and then finally arriving at the legendary city was an experience of a lifetime.

Rodger took us on a tour of the estate. Apparently the Inkas built the city around 1450 but they abandoned it to escape to the mountains when the Spanish Invaders arrived a century later. It had been lost and unknown to the outside world for almost 500 years until an American historian, Hiram Bingham, brought it to international attention in 1911.

There were actually two local families living in the area and farming on some of the steep terraces who knew about the ruins before Bingham. They called the mountain Machupicchu which means “big mountain.” Bingham gathered a team of professionals sponsored by Yale University and National Geographic to clear the site and conduct archeological research.

It was very interesting walking around the lost city. There are also llamas roaming around. We then used all our remaining energy to climb up Huanyapicchu mountain. It means young or small mountain but believe me, it was quite a climb! It was here where Safas said he will be dreaming about steps his whole life now.

Climbing to the top of Huanyapicchu was like the cherry on the cake. You have a magnificent view of Machupicchu from the top. This climb is definitely not for people with acrophobia!

From Machupicchu we drove in a bus on a very steep, zig-zag road to Aguas Calientes town. We ate an expensive but yummy pizza with the group before catching the train back to Ollantaytambo. Peru Rail is a luxurious train with windows on the roof so that you can see all the mountains.

Llama Path bus was waiting for us at the train station to take us back to Cuzco.

The Inka trail was an incredible journey with a beautiful and mysterious destination. We will always remember this trek! 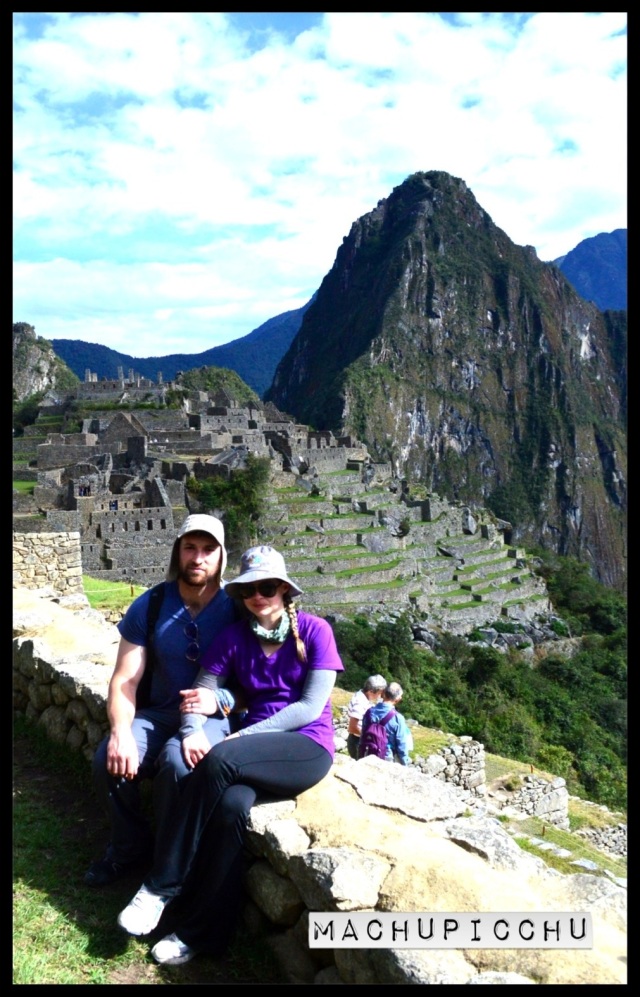 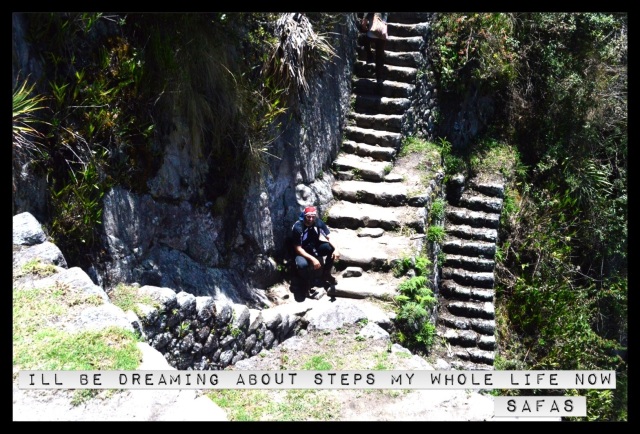 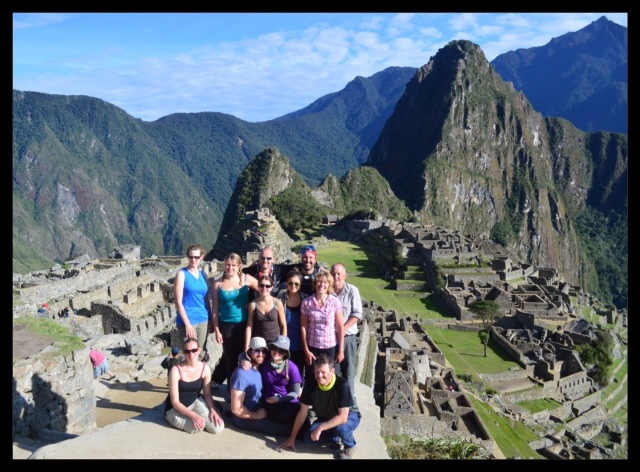